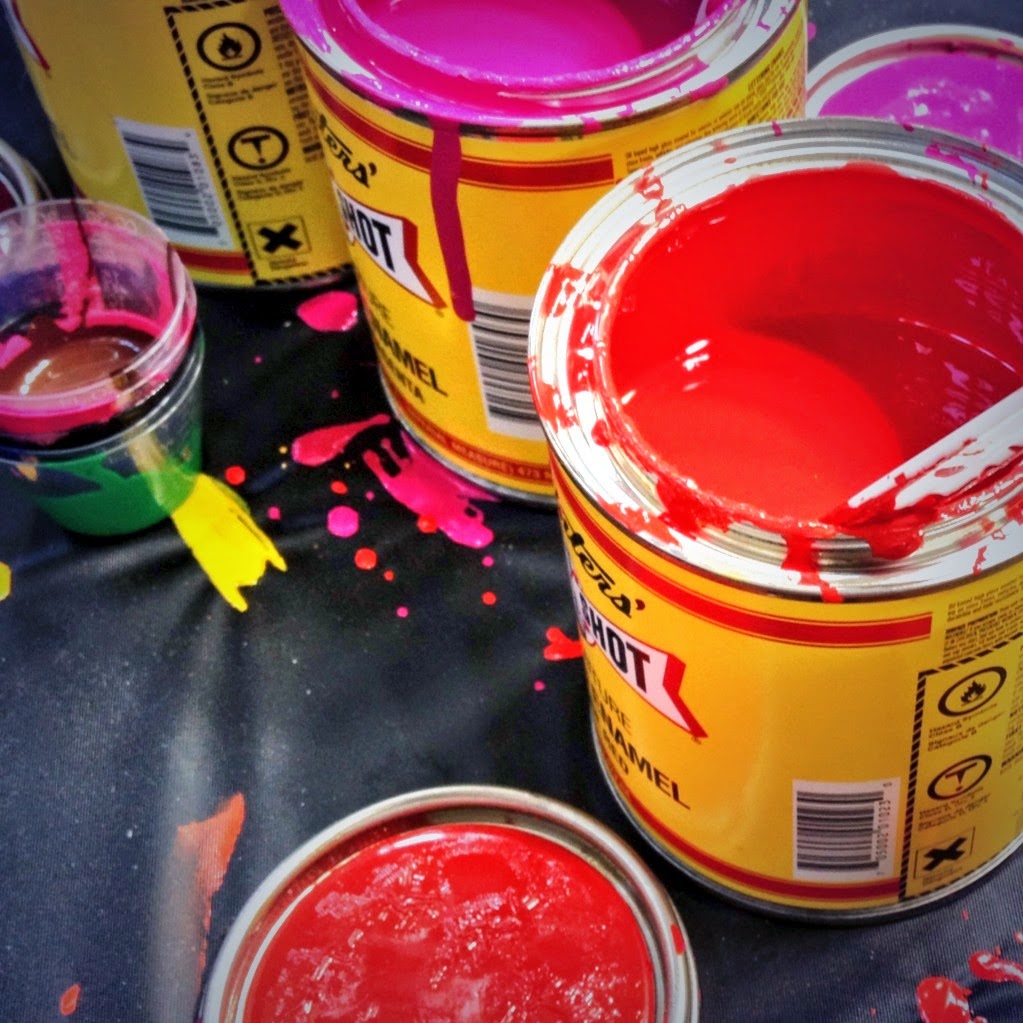 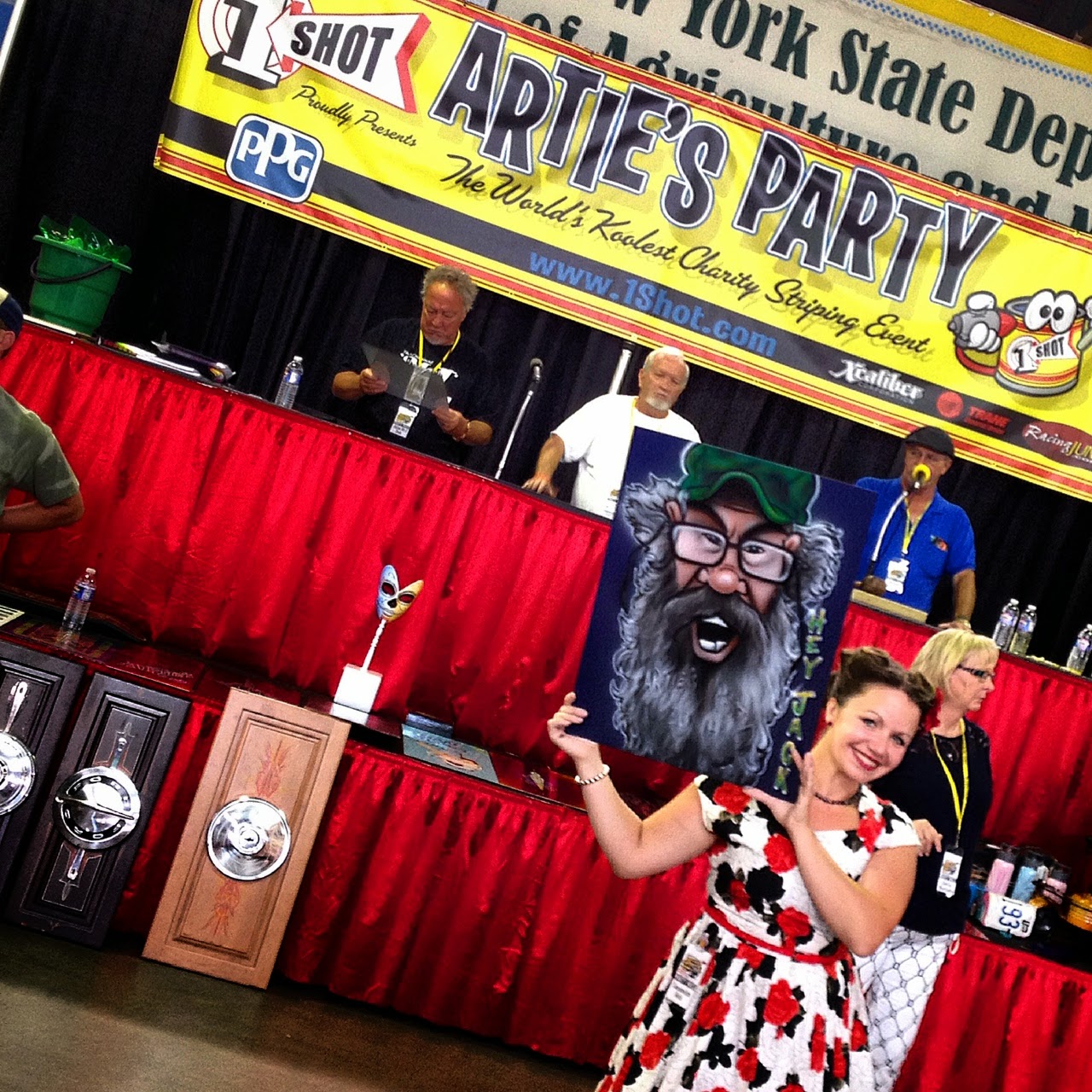 bonspeed Wheels the leader in American Made, superior quality forged, billet wheels is celebrating with a SALE.

The now famous BUY 3 Wheels at regular cost and GET 1 Wheel FREE is back!

bonspeed is known as a style and quality leader and now it is a price leader. Call today as the SALE ends JULY 3rd at 6p.m. PST.

All wheels are custom built-to-order in Anaheim, California to our exacting tolerances. Machined and then hand polished these are the quality that your muscle car, hot rod, truck, street machine or exotic deserves.

LAY-A-WAY
bonspeed offers Lay-A-Way too with just $700 down. Get 9 months to pay and no interest! Call
for details. 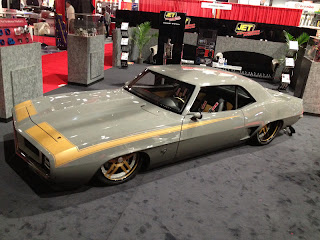 Posted by bonspeed boys at 9:48 PM No comments: 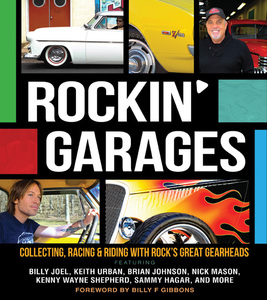 Earlier this year Michael Anthony was interviewed by writer Ken Gross for his new book called "Rockin' Garages". Michael did an interview and shared his cars along with Sammy Hagar and a bunch of other notable rockers. The book debutes at SEMA next w...
eek, but here is a sneek peek at the cover and below is the official description.

Cars and rock ‘n roll have always gone hand in hand. Whether it’s a garage band piling into some decrepit rig to get to the next gig or a killer guitar riff blasting from a Mustang, rock ‘n roll keeps us moving when we’re behind the wheel.

It’s no surprise, then, that some of the music world’s big names are also serious car guys. Jimmie Vaughn (Fabulous Thunderbirds), Billy Joel, Brian Johnson (AC/DC), J Geils, Brad Whitford (Aerosmith), and others each spend as much time behind the wheel as they can. Hot rods, customs, muscle cars, motorcycles, race cars, and sports cars—the variety of vehicles is as eclectic as rock ‘n roll itself.

Rockin’ Garages showcases top performers, their cars, and their garages. Authors Tom Cotter and Ken Gross profile each musician, revealing the story behind their moto-lust and what drives their car collecting. Each profile is complemented by Michael Alan Ross’ top-notch photography. Rockin’ Garages puts you behind the wheel with some of your favorite musicians.

Posted by bonspeed boys at 6:05 PM No comments:

The bonspeedboys Michael Anthony and Brad Fanshaw Run to the Sun


It's early Fall in the Southwestern United States and unlike other parts of the USA hot rod shows are still going strong.  In October the bonspeedboys (owners of bonspeed) Brad Fanshaw and Michael Anthony headed out to Lake Havasu City, Arizona for the Relics and Rods "Run to the Sun" show.

Blue skies, 90 degree weather and over 800 pre 1972 cars make this a show to attend. Michael had just returned from playing in Cabo San Lucas, Mexico for two weeks with Chickenfoot bandmate Sammy Hagar. Brad who is getting ready for the 2012 edition of SEMA was in Havasu to enjoy the event and do his Rod & Custom Radio show (http://www.facebook.com/RodandCustomRadio?ref=hl).

Next year is less than 365 days away, see you there! Need info: http://relicsandrods.com 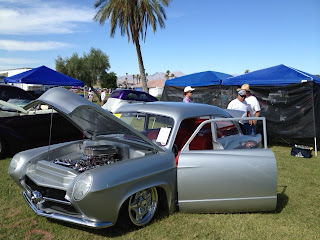 The show features a great selection of rods, trucks and muscle cars. Cars like this spectacular Henry J rod. 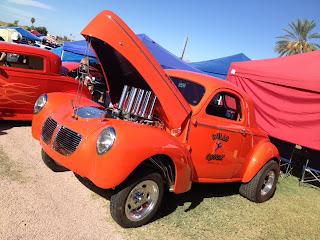 If you prefer Gasser inspired race look you would love this Willy's with an injected 392 HEMI!
Posted by bonspeed boys at 6:00 PM No comments:


At the recent Route 66 car show in San Bernadino, CA we met up with our friends George Barris and John D'Augostino. These guys appreciate some kustom iron and it doesn't require four wheels. When Brad Fanshaw and Kacy Marrs rolled in on two of our new bobber inspired electric bikes they jumped them for a ride.

When they finally came back they had big grins and we took a quick photo.

If you want to know more about Marrs Electric Cycles visit the website below.


Posted by bonspeed boys at 6:02 PM No comments:


Michael and Brad go plenty of places and their travels allow them to make friends. Here are the bonspeed boys and some friends.

Michael Anthony with the guy who got Pep Boys back in the Speed Shop biz, Scott Webb.


Brad went to an event at the Petersen Museum and spent about an hour talking with these two. The ultimate car girl Courtney Hansen and cuilder Gene Winfield.

Yes, as you can see Manny, Moe and Jack were listening to every word of their conversation.

Posted by bonspeed boys at 8:55 PM No comments:


Hot August Nights is one hell of a car show and Brad not only attended, he hosted the downtown car cruise. Brad also broadcast his Rod & Custom Radio program live from the event as well.

Posted by bonspeed boys at 8:06 PM No comments:

Barry Weiss has become a fan favorite from the hit series, Storage Wars on A&E Network. He is fun, kinda crazy and loves cars and bikes.

bonspeedboy, Brad Fanshaw is on TV also his show is Car Warriors and actually it is not the breakout hit like Storage Wars. Sure people love the 48 hour builds, but not as much as they really dig Barry and his auction show.

Despite that the two guys enjoy hanging around together and finding any kind of motorsport event.
Here is quick look at what Barry and Brad have been doing.

Want to stop traffic on a major California freeway, jump in a wild bubble-top kustom with Barry Weiss. Let me tell you it was a scene!

The two went to Laguna SECA for the historic races and they ran into funnyman Adam Carolla. He was there racing two of his vintage race cars. 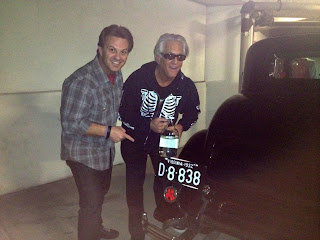 Brad and Barry have a bottle of some hooch from the hills of Virginia. It was hand delivered at a Petersen Automotive Museum event. Hot Rods and hooch it is part of history.


If you look very hard or have a DVR that lets you stop and go frame-by-frame you might just see Brad. Yep, Barry has invited him to go storage hunting. 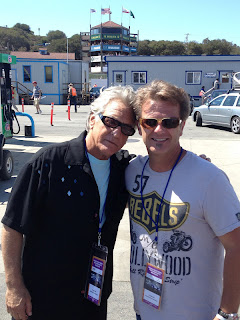 At Laguna SECA for the races, the two tooled around the pits to see everything that they could. I think it wore Barry out, he seems to be leaning on Brad.


Trust us, these two guys love anything with wheels. Barry and Brad went to the IndyCar Championship race. Watching the open wheeled action from the pit wall was too much.

Barry still needed to make sure that Kenny had a smile on his face.
Posted by bonspeed boys at 7:56 PM No comments:


If you are ever fortunate enough to be asked by Bruce Meyer to stop and see his gallery this is what you will see as you reach the top of the stairs. The Meyer collection is as varied as it is spectacular. Each car or motorcycle has heritage or as they say, provenance that makes it special. Just behind you is the car lift and the day I was here it was loaded with an incredible Porsche race car.


Owning just one of these cars would make most collectors drool. The cars include the FIRST competition Cobra ever built, an Le Mans winning Ferrari and one of the three legendary Corvettes that won Le Mans. 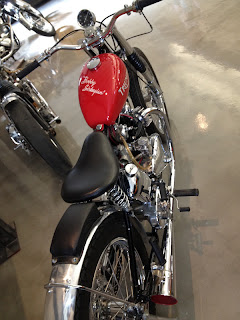 Do not forget the motorcycles, Bruce grew up riding dirt bikes and he has some serious machines. One is this perfect Triumph and it sits next to a vintage twin-engine drag bike.


Posted by bonspeed boys at 7:08 PM No comments:

Our boy Michael Anthony spends much of his time wrenching and driving his hot rods and muscle cars. Once and a while he even has to work, so this past summer Michael, Sammy Hagar and Joe Satriani hit the road with drummer Kenny Arnoff.

Now that the summer is over the guys are headed back into the studio. Hey guys, remember all work and no play? Wait, when they work they play, so maybe being a rock star is not really a job?

Go See For Yourself: www.Chickenfoot.us

Posted by bonspeed boys at 6:41 PM No comments: 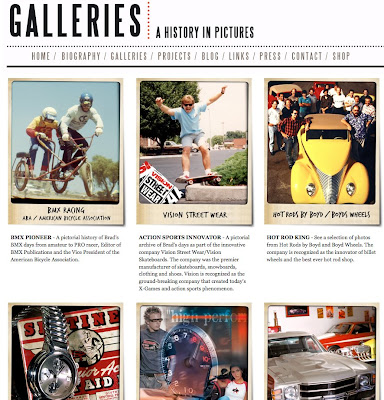 You might already know that Brad Fanshaw is the owner of Bonneville WorldWide, Inc/bonspeed. It may even be common knowledge that he is partners with the famed Hall of Fame Rock Star, Michael Anthony of Van Halen and Chickenfoot.

Did you know that he is the BMX Hall of Fame? That he was part of the legendary Vision Street Wear, that he and Boyd Coddington were  business partners?

Now you can read about his background, find links to his TV show and radio program and even get some really interesting facts. Find out how Fanshaw is linked to the Rolling Stones!


California is the place for cars and all types of them too. On Father's Day weekend you can run up and down the L.A. freeways and see so much great stuff it will make your head spin. All that we did was attend two shows; The L.A. Roadster Show and the Rodeo Concourse, look at hat we saw!


The selection of iron in Beverly Hills for the Rodeo show was spectacular. With top notch bikes along side million dollar Porsche racers and that across from bubble-topped kustoms.

The Roadster Show is on the opposite end of the L.A. basin in Pomona, CA. The drive is brutal, its worth it especially to see roadsters like Bruce Meyer's black beauty. 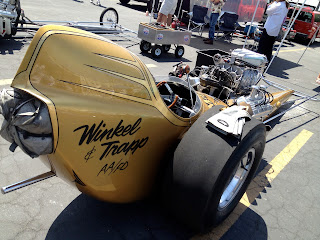 Don't be fooled by the name Roadster Show, there is plenty of other kustoms, hot rods, a huge swap meet area and also stuff like this vintage dragster.


At these two shows you are bound to find someone you know, have seen in a magazine or on TV. The events are destinations for famous builders, collectors, industry guys and celebrities.

Posted by bonspeed boys at 6:17 PM No comments:

Larry Dixon the 3X NHRA Top Fuel Champion struck out on his own this year. When you are a champion driver and decide that you are starting your own team you cannot settle for second best.

Dixon came to bonspeed for a logo and website design. The team at bonspeed created just what he wanted a fresh new look that screamed professional, fast and new.


bonspeed has a creative team that has developed advertising, trade show displays, packaging, apparel, websites and more. When you need something fresh and fast call us at 1.888.999.7258.
Posted by bonspeed boys at 5:49 PM No comments: