Live From the Set of Car Warriors Season 2 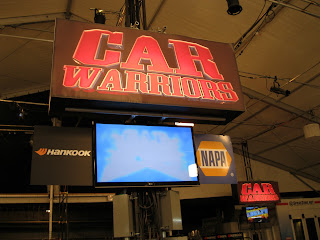 Car Warriors Season 2 is an all new format and it is going to be a great new show. Shop vs. Shop in a crazy 48 hour build! That is right, we said it, just 48 hours!

The show is filming now in the Car Warriors studio some where in Southern California. The teams are top notch, the action intense and the cars incredible.

Be sure to keep watching for even more information as it develops. Also, remember that bonspeed's Brad Fanshaw is one the three show hosts.

Fanshaw brings his years of building award wining cars, shop management and style to the show. More than just a talking head, he jumps in and helps the teams build these cars, without him they may never get done in just 48!


Car Warriors - Coming to SPEED in February!
Posted by bonspeed boys at 5:44 PM No comments: 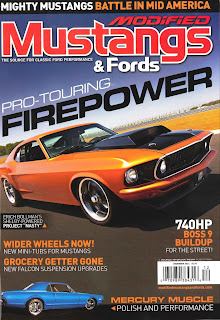 The guys at Christiana Muscle Cars built this way bad pro-touring Mustang and it made its debut a while back. Now after making the show circuit and waves along the way the car is on the cover of Modified Mustangs and Fords.

Stuffed under the fenders of this highly modified Stang are 20" bonspeed Huntingtons that are Color Forged™ in a gloss black finish.

Way to go guys and great car!
Posted by bonspeed boys at 5:25 PM No comments: 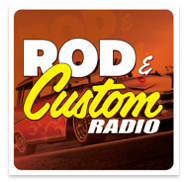 Brad Fanshaw made his debut as the new host of the nationally syndicated radio show; Rod & Custom Radio. The show is developed from the pages of Rod & Custom Magazine that was founded in 1953. The magazine has technical features, show coverage and how-to articles for rods and customs to 1964. Fanshaw takes over from the former host David Newhardt who is taking over a new Muscle Car show.

Fanshaw and his former business partner Boyd Coddington won four AMBR awards and numerous other awards.  Together they employed the best and brightest including Jesse James and Chip Foose, while designing and building iconic rods that set a standard for generations to follow. 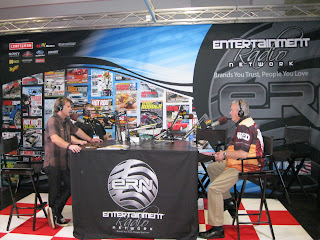 The first two shows are available now on iTunes and are syndicated by ERN Networks.

Brad Fanshaw has been filming the new season of Car Warriors for SPEED. The show that debuted in 2011 has been given a new format that pits shops against one another in a 48 hour challenge! The show features less time to build the cars, but provides a much better approach with more tech information and a better look at how these vehicles get built in just a mind-boggling 48 hours. 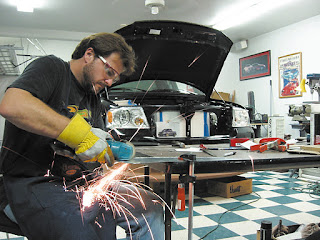 Fanshaw, brings over twenty-five years of professional custom car design and building experience to the show. As a business partner of the legendary Boyd Coddington from 1987 to 1996 their shop won the prestigious Grand National Roadster Show AMBR award four times. Since 1996 Fanshaw has won numerous awards on his own including both the GM and Ford Design Awards. Additionally, he has founded a leading forged aluminum wheel company, bonspeed Wheels with rock star Michael Anthony of Van Halen and Chickenfoot fame.

Brad Fanshaw brings his management, design and building talents to the show while he is allowed to flex his on-camera presence.  The producers of Car Warriors have chosen Fanshaw to provide teams his expert advice during each build and provide the audience a while-it-happens perspective from his first-hand view. The show is hosted by Jimmy Shine and the two interact throughout each episode along with another lead tech.


Car Warriors will begin airing on SPEED in February 2012.
Posted by bonspeed boys at 10:15 PM No comments: