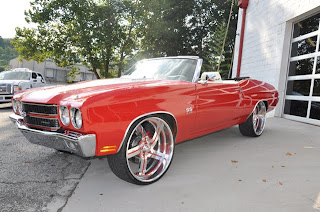 bonspeed customers keep sending us images of their rides and not just hot rods, sport trucks and pro-touring machines either.

Tight machines of all kinds keep showing up rollin' on bonspeed billets. Our exclusive Color Forged© program allows every individual to show-off the style too!

Chevrolets are ruling right now, but we know there are some Buicks and Olds being prepared for our wheels and we will show them off when we get the pictures.

If you have a car or truck that has bonspeed wheels we want some great pictures that we can add to our gallery. Send any images to

bonspeed@aol.com with details and your contact information.
We want to see every car from exotic to daily driver. 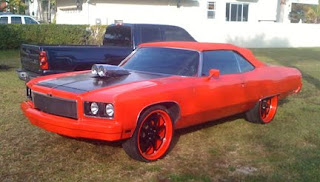 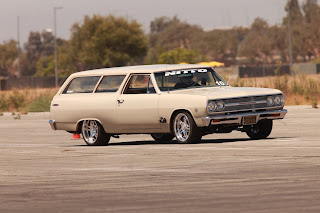 Super Chevy Magazine invites the suspension gurus and chassis specialists out for a day of hard charging action. They call this the Super Chevy Shootout and manufacturers all bring out the best they have.

Now you would expect that these would be Camaros, Mustangs, Cudas and anything that comes to mind when we speak autocross, road courses and such. 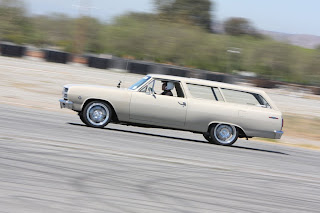 This year Hotchkis suspension showed up with this rare 2-door Malibu wagon. While preparing the car they called Nitto for tires and bonspeed for the all important wheels.

With just a week to prepare our factory went into high gear and machined a set of pro-touring, road course worthy 18" Crokus style wheels with big back pads to clear the massive brakes.

The wagon did tremendously well, but you will need to catch a spring 2010 issue of Super Chevy magazine for the results and tech specs on the car.

If you want your Super Chevy to handle like a pro-touring champion you can always call bonspeed so we can build you a set of wheels! 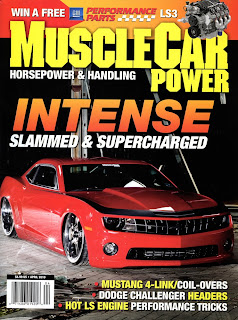 First the RedRum Camaro built and designed by Status of RockWall, Texas and Mitch Henderson scored big at SEMA with a GM Design award. Now the car is emblazoned on the cover of the April 2010 issue of MuscleCar Power Magazine!

There are over eight pages of coverage on the car including how they got it low and drivable. There is also the incredibly nice photography by John Jackson of Not Stock Photography.

Look for it on newsstands now!

Posted by bonspeed boys at 8:33 PM No comments: 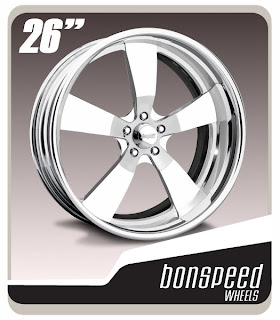 If you like rollin' big then you need a set of bonspeed's new welded 26" forged billet wheels. Now that tire manufacturers have a selection of 26" rubber we thought it was time for some sick billet wheels. These 26x10 billets are available in every style and in both 5 and 6 lug applications.

Some other new sizes that are ready for custom builds:
• 24x15 rims for those layed out trucks and killer customs
• 24x8.5 hoops are now in-stock and priced lower than ever before!

So call us and lets talk rolling large. Our sales desk at 1.888.999.7258 can help you with these and just about any other size you might need. 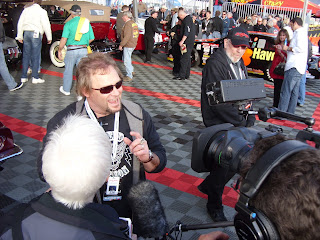 Every year the bonspeed boys, Brad Fanshaw and Michael Anthony (owners of bonspeed) eagerly await the Scottsdale Barrett-Jackson auction. This year was no different except getting there was more difficult due to severe weather.

Michael was scheduled to fly in on Thursday, but was forced to drive when all flights were cancelled from Southern California. Brad and his friend Mark Cilani attended the anniversary party for Lear Jet on Thursday night and still had to drive over on Friday. The good news is they made it and missed the drama of the big storm on Thursday night in Scottsdale.

ABOVE PHOTO: Michael Anthony and Brad Fanshaw were both interviewed by Speed TV
for an upcoming 40th Anniversary Barrett-Jackson
special.

The event in Scottsdale was a s exciting as ever and the boys saw many friends and plenty of great deals on cars. That's right great deals on cars at Barrett-Jackson and the boys kept their hands in pockets! Remember, Michael is building a new pro-touring Chevelle and Brad is getting ready to start on a 1969 Camaro. Our friend Bob Johnson did buy to the sum of thirteen cars? 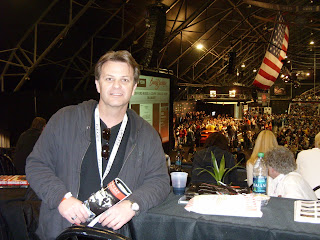 LEFT PHOTO: Brad Fanshaw and our entire group had the best view in the house, thanks to our friends at Cox Communications who hosted us in their private skybox.

Along with their friends the bonspeed boys had a great time again this year. Thanks to our friends at Cox Communications who invited us all into their skybox. Being able to split the time between the reserved floor seats and the skybox is the way to go when you can swing it!

Remember Barrett-Jackson is part auction, part car show, part midway and part car enthusiast social event.
It is one of those events you must attend in your lifetime.

Along with all the great cars for sale there is always a tons of vendors. We saw our buddy Mike Stevesky and the guys from Mr. Norm's. They were showing among other things this C 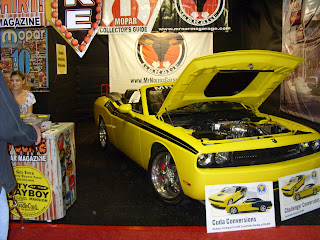 
So when you make it to Barrett-Jackson next year or the upcoming Orange County event, look for the bonspeed boys. They are there to have fun, meet people and talk cars and wheels!
Posted by bonspeed boys at 12:12 PM No comments: