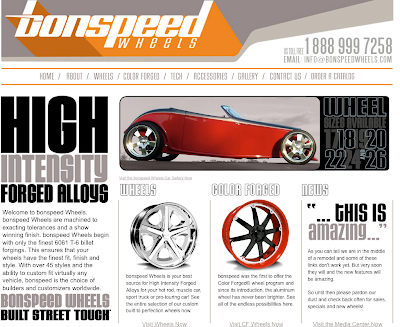 bonspeed's in-house design team has just completed a brand new website. This site has tech features, photo tips, a huge photo gallery and all of our new wheel designs.

Every month we will feature a customers vehicle and we are always looking for new cars to include.


Check it out today!

Posted by bonspeed boys at 11:11 PM No comments: 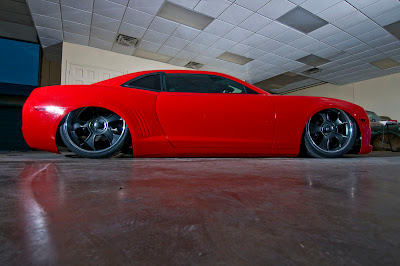 bonspeed Wheels is always sure to stay on the cutting edge of the aftermarket. SEMA 2009 is no different as shown on the "RedRum" Camaro at right.

RedRum was built in Texas by Mitch Henderson and the guys at STATUS this 2010 Camaro SS is hammered to the ground with Air Ride and even has a supercharged engine. As you already noticed by now the car has an outrageous 22/24" wheel and tire combination. On the front are 22x8.5 bonspeed style "VinSpeed" wheels and the rear has massive 24x10's. These wheels are Color Forged™ with cast gray centers.

You will also need to watch for another 2010 Camaro constructed by Trent's Trick Upholstery in Ohio. This car has a fantastic electric blue and butterscotch paint job. The interior is another work of art by Trent and the wheels are 22" Color Forged bonspeed style "SS". 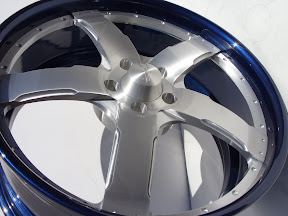 bonspeed continues to push the extreme with our exclusive Color Forged wheels. These wheels for Trent's 2010 Camaro feature a center with brushed finish that is sealed with a clear powder coating. The outer hoops were color matched to the electric blue on the car.

The show will also feature the "Operation Muscle Truck" a Street Trucks Magazine feature build that has bonspeed wheels and a hot rod look.

Also look for a very hot Tahoe built by Hill's Hot Rods and many other projects that we will post photos of here after the show!

Posted by bonspeed boys at 10:34 PM No comments: 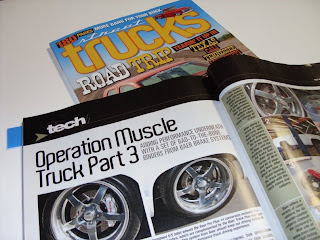 For the past few issues, Street Trucks has been working on what they’ve dubbed “Operation Muscle Truck”. The guys at this leading truck mag are taking a popular pickup platform and turning it into a “performance-inspired, cornering and handling machine”. When it came to the wheels, of course they would turn to nobody else but bonspeed Wheels.

In the latest issue, the ’95 Chevy C-1500 Cheyenne pickup was equipped with massive 20-inch bonspeed S/S wheels. The forged billet wheels look aggressive on the truck, and the large window design reveals the Baer brakes, too. Finally, the editors and bonspeed added one of the exclusive Color Forged© finishes to the wheel center in cast gray. Make sure to follow the build-up on the truck in Street Trucks magazine for the next few issues as it receives more updates.

Every set of bonspeed Wheels is custom-built to your specifications, offering wheels from 17-inches all the way to 26-inches. bonspeed was the first to offer the Color Forged© program, ensuring that your wheels are as unique as your car.

Posted by bonspeed boys at 12:54 PM No comments: