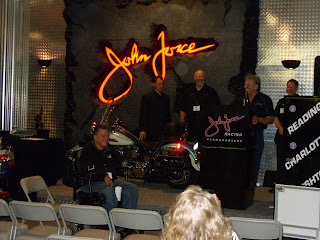 Wednesday Evening June 23, 2010 the bonspeed boys; Brad Fanshaw and Michael Anthony attended the Year One and Hot Rodders Children’s Charity Poker Tournament held at the John Force Racing Facility in Yorba Linda, California. The event started with John Force at the podium showing support of Darrell and the Foundation. 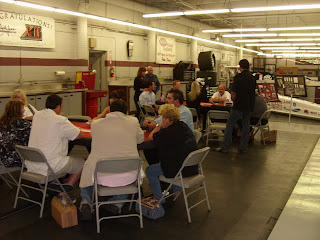 The evening had silent auctions, live auctions and a Poker Tournament with players paying $1000 each to play. All of the proceeds were to benefit the foundations that helps children get wheelchairs. The event was limited to 75 players who raised big money. 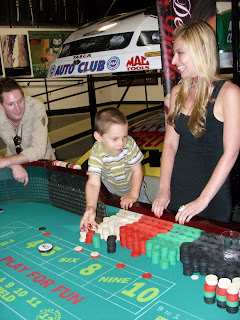 Children were the focus and with casino style games for fun the kids even got into the action. The Force facility is amazing and the memorabilia on display gave us all plenty to enjoy in addition to great food. 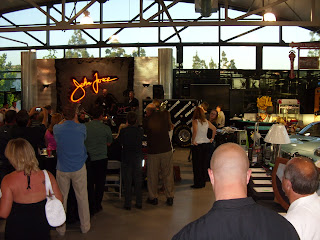 Darrell Gwynn introduced everyone to Blake Hunt, Hunt broke a vertebra in his neck, which left him paralyzed. He is one of the lucky individuals who have benefited from Darrell's hard work and the generosity of people who attend these events. 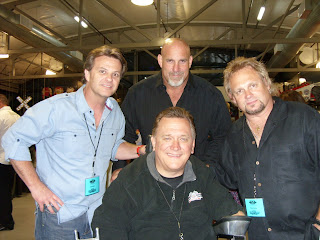 Shown above are Darrell Gwynn, Bill Goldberg, Brad Fanshaw and Michael Anthony. Goldberg was instrumental in assisting the foundation's event. 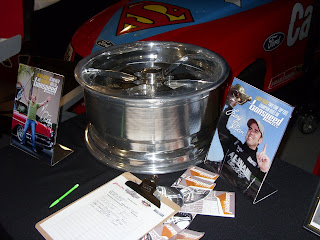 bonspeed Wheels donated a set of wheels for the silent auction. We thank everyone who bid, our wheels had so much enthusiasm they needed to turn the bid sheet over! 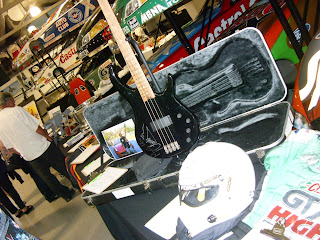 Michael donated a bass guitar that he had used in the studio on his Chickenfoot album. The bidding was tremendous and raised $8000!
Posted by bonspeed boys at 5:04 PM