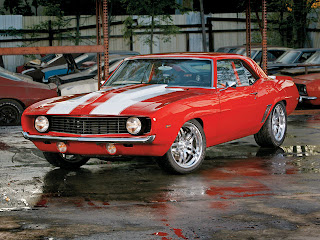 A recent cover of SUPER CHEVY MAGAZINE featured this fine 1969 Camaro owned by Ned Jackson. You see, Ned wisely chose a set of bonspeed "Delta" wheels for his pro-touring ride.
The details in his car stood out because of the choice of wheels; at least we think so.